The DJI Mavic 3 Price: What You Need To Know

There’s a reason why there are nearly one million registered drones found in the United States. In little more than a decade, drones have gone from sci-fi dreams and military tools to a widely popular public hobby.

If you want to learn the answer, then you’re in the right place. In this article, we’ll go over the costs associated with the drone and whether or not the features justify this price tag. Let’s get started!

What is the DJI Mavic 3 Price?

Get ready, because the DJI Mavic 3 does come with a fairly hefty price tag. The standard version of the drone is currently available for $2,199. Alternatively, you can get the DJI Mavic 3 combo for $2,999.

This version comes with two extra batteries, ND filters, a carrying case, a charging hub, and other types of accessories. You might be wondering why the DJI Mavic 3 is so expensive.

After all, it’s a 39% price increase from the DJI Mavic Pro 2. Most of the price increase are related to the camera. We’ll go more into the next section.

However, all you need to know is that the change from a one-inch camera to a micro four thirds one is a pricey decision. As such, you should expect to pay more for the DJI Mavic 3 than you have other models in the past.

Let’s start with the feature that’s responsible for the price increase on the DJI Mavic 3: the Hasselblad L2D-20c aerial camera. This type of camera comes with two sensors. The first is a 4/3 CMOS sensor.

This sensor comes with a 24 mm lens that allows for eight four-degree views of the field. The second sensor is best for telephoto uses. The 162 mm lens comes with 28x zooming technology which makes it great for getting up and personal with your subject.

For the price, these cameras do come with some noticeable differences from past models. The details from the images are incredibly crisp and clear.

Not only that, but the shadows are more nuanced and the color tones are deeper and richer. While this is a nice bonus, it might be past the requirements of the average hobbyist.

A major problem with drones is just how breakable they are. One small crash and thousands of dollars are down the drain. While it might be difficult to make drones less breakable, manufacturers with the DJI Mavic 3 have done everything they can to improve object detection.

The result is a drone that’s incredibly difficult to crash. The cameras on the drone can detect the smallest branch of a tree. When you combine this with crash mitigation software, you get a drone that’s much safer from potential crashes.

In the past crash mitigation on drones has been sketchy at best. It’s typically always safer to go manual. That’s not the case with the DJI Mavic 3. This is ideal because no one wants to drop three grand on a drone only to have it crash within the first week.

One problem with past Mavic models is their communication range. There were almost always blindspots in which communication with the drone would just cut out.

This isn’t a problem with the DJI Mavic 3 so far. The drone comes with a transmission range of fifteen kilometers or nine miles. This is extremely ideal if you’re a flyer that likes to take their drone hundreds of feet into the air.

Not only do you not need to worry about losing contact, but transmission rates are much smoother. This lends it a more professional standard that’s missing from many other consumer drones.

The DJI Mavic 3 uses a different battery from past models. This one is a four-cell unit that weighs roughly three hundred thirty-five grams. The manufacturer claims that this battery can last for forty-six minutes of flight time.

However, this can vary depending on the flight conditions. For example, on windy days the battery typically only lasts for around thirty minutes. This is often to compensate for the energy that is required to keep it stable.

Where Can You Purchase The DJI Mavic 3?

While this is a more pricey option (you will certainly pay full price) it does come with the common support benefits when you purchase through a manufacturer.

However, what is your options if you don’t have access to the original manufacturer. For example, you can find a great deal on sites like DrDrone. Just make sure that whatever vendor you go through is reliable.

After all, you don’t want to invest a lot of money into a drone only to find it has a serious defect when you receive it.

We hope this article helped you decide whether or not the DJI Mavic 3 price is worth what comes with it. There’s no doubt that the price tag that comes with the drone is high. However, in exchange, you’re getting one the top-line of consumer drones products.

For many professionals, this is a huge deal. Just keep in mind that it might not be that valuable to the average hobbyist. If you’re just getting into drones, then you likely don’t need an industry-standard camera.

But, if that’s important to you, then it should be worth the investment. Did you enjoy this article? If the answer is yes, then you’re in the right place. Keep reading to find more content that you’re sure to love. 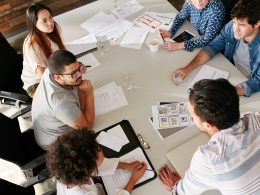 DON’T KNOW WHERE YOUR PHONE IS?: STEP BY STEP, I LEARNED HOW TO TRACK YOUR ANDROID OR IPHONE CELL PHONE

The very thought of losing your smartphone is enough to cause panic, although there are many ways to…
byadmin

In this article, you will learn about online digital marketing courses that are available online. These courses help…
byadmin
151 shares
151
0
0

TIKTOK ADS: HOW TO CREATE THE FIRST AD FOR YOUR COMPANY