Who is Stephen Curry?

Stephen Curry is an American professional basketball player who represents the ‘Golden State Warriors’ in ‘NBA.’ The first child of Dell Curry, who is considered one of the best 3-point shooters in ‘NBA’ history, Stephen has been named the greatest shooter by many players as well as analysts. He has won the ‘NBA Most Valuable Player Award’ twice in a row, including one unanimous win, a first in ‘NBA’ history. He led the ‘Warriors’ to their first championship in four decades and also helped his team break the record for the most wins in an ‘NBA’ season. He earned the ‘Southern Conference Player of the Year’ title twice by setting an all-time scoring record for both ‘Davidson’ and the ‘Southern Conference.’ He also set the ‘NCAA’ record for most three-pointers made in a season during his second year in college. Renowned for his shooting skills, he holds the ‘NBA’ record for most three-pointers made in a regular season, a record that he broke twice. He and his teammate, Klay Thompson, are known by the nickname ‘Splash Brothers’ for their record-breaking combined three-pointers in a season.

Wardell Stephen Curry II was born on March 14, 1988, in Akron, Ohio, to former ‘NBA’ player Dell Curry and his wife Sonya who played volleyball at ‘Virginia Tech.’ He is the oldest child of his parents and has a brother named Seth, a professional basketball player signed to ‘Dallas Mavericks.’ He also has a sister named Sydel, who plays volleyball at ‘Elon University.’

His father played for the ‘Cleveland Cavaliers’ at the time of Stephen’s birth, but later became a member of the ‘Charlotte Hornets’ in Charlotte, North Carolina where Stephen spent most of his childhood. His father used to take both him and his brother to his practice sessions.

The family briefly stayed in Toronto after his father became a member of the ‘Toronto Raptors’ team. During this time, Stephen led the ‘Queensway Christian College’ boys’ basketball team to an undefeated season. After the family moved back to Charlotte, he enrolled at ‘Charlotte Christian High School.’ Due to his frail stature, he was overlooked by most coaches who avoided recruiting him.

Though he wanted to join ‘Virginia Tech,’ where his father spent his college years, he was rejected by Coach Seth Greenberg. Curry finally enrolled at ‘Davidson College’ in November 2005 after being convinced by a coach named Bob McKillop, who first realized his potential when he watched him play at the age of 10.

After joining ‘Davidson College,’ Stephen Curry played his first collegiate game against ‘Eastern Michigan.’ While he could only score 15 points in the game, committing 13 turnovers, he showed his mettle in the next game against ‘Michigan,’ scoring 32 points. He became the second scorer in the nation to have an average of 21.5 points per game and earned the title ‘Southern Conference Freshman of the Year’ that season.

He followed up his record-breaking 122 three-pointers as a freshman in the first season with an even more impressive performance in the 2007-08 season. He led ‘Davidson Wildcats’ to their first ‘NCAA Tournament’ since 1969, and helped his team continue its winning streak for 22 games.

During his junior year, he became Davidson’s all-time leading scorer with 34 points. He also scored a career-high 44 points against ‘Oklahoma’ on November 18, 2008. He surpassed the previous scoring leader, John Gerdy, in total points and became the ‘NCAA’ scoring leader that season.

Stephen Curry left ‘Davidson College’ without completing his senior year to play in the ‘NBA.’ He was chosen by the ‘Golden State Warriors’ as the seventh overall pick in the 2009 ‘NBA’ draft.

Showcasing his shooting skill right from the beginning, he scored a record 166 three-pointers as a rookie in the league history. However, repeated injuries and the fact that he played for a weak team kept him out of the limelight during the next two seasons.

During the 2012-13 season, he recovered fully from his ankle sprain. Subsequently, he and his teammate Klay Thompson earned the nickname ‘The Splash Brothers’ for their record combined three-pointers in a season. During the season, Stephen alone scored 272 three-pointers to set an ‘NBA’ record.

During the next season, he made his first ‘All-Star’ appearance in February 2014 for the ‘West’ and was later selected to his first ‘All-NBA Team.’ He also became the leading three-pointer scorer for the ‘Warriors,’ surpassing Jason Richardson.

During the 2014-15 season, he broke his league record for maximum three-pointers made in a season by achieving 286 three-pointers. In 2015, he helped the ‘Warriors’ win their first championship since 1975 and was named the ‘Most Valuable Player of the year by ‘NBA.’

In the next season, he helped his team win 24 consecutive matches, which culminated in 73 total wins, an all-time ‘NBA’ record. Despite suffering an injury, Curry led the ‘Warriors’ to their second straight ‘NBA Finals,’ but even his record of 27 three-pointers in a final match failed to save the game for the team.

He continued to break some records during the 2015-16 season, including his record to take the new maximum three-pointers tally to 402. He also became the first player in ‘NBA’ history to be selected as the ‘Most Valuable Player’ unanimously.

Stephen made his debut with the United States National Basketball team at the 2007 ‘FIBA Under-19 World Championship,’ where he helped the team clinch a silver medal. Later, he helped his team win a Gold medal as part of the senior squad in 2010. His team remained undefeated in the 2014 ‘FIBA Basketball World’ Cup as well.

Curry led the ‘Golden State Warriors’ onto their third championship in four seasons in the 2018 ‘NBA’ finals.

Stephen Curry married his college sweetheart, Ayesha Alexander, on July 30, 2011, in Charlotte. They first met in a church youth group when they were teenagers. They live in Alamo, California, with their two daughters, Riley Elizabeth Curry and Ryan Carson Curry, and son Canon W. Jack Curry.

He is a devout Christian and often expresses his faith in God during his matches as well as his speeches. He also has a tattoo of First Corinthians, 13:8 in Hebrew on his wrist.

Curry became aware of the epidemic of malaria from ‘Davidson’ teammate Bryant Barr during his school days. For three years since 2012, he decided to donate three insecticide-treated mosquito nets for every 3-pointer he made to the United Nations Foundation’s ‘Nothing But Nets campaign. In 2015, he met President Barack Obama at the Oval Office and delivered a five-minute speech in support of the ‘President’s Malaria Initiative.’

Stephen, along with his friends Jeron Smith and Erick Peyton, formed ‘Unanimous Media,’ a production company back in 2016. ‘Sony Pictures Entertainment’ became their distribution partner. The company was named after Curry’s achievement of becoming the unanimous MVP in the history of ‘NBA.’

In his first few seasons in the NBA, Steph did not have any notable endorsement contracts, only earning around $3 million a year between NBA and endorsements. Today Steph is one of the highest-paid celebrities in the world. In a typical year, he earns $40 million in NBA salary and another $30-40 million from endorsements, for a total of $70-80 million.

In his first decade in the NBA, he earned around $130 million in salary and another $150 million from endorsements.

He has partnered with brands such as Under Armour, Nike, and TCL’s line of “Palm” phones. In terms of the Palm device, Curry is a leading investor who is intimately involved with testing and development.

Who will win the NBA’s MVP award this season? The choices are aplenty.

There is no shortage of candidates for the most improved player of the year, and some players have emerged as the favourite to win some of the other awards.

Thankfully, the NBA has a second half of the season to complete.

Not only is this necessary for the NBA to maximize its television revenue, but it will give teams more opportunities to bolster their playoff chances and award considerations after completing a first half that was filled with some impressive performances under difficult circumstances.

At the halfway point of the season, USA TODAY’s Mark Medina and Jeff Zillgitt look at the favourites to take home the hardware.

Following a slow start, Curry has led a Warriors team that is likely playoff-bound with impeccable shooting and leadership. He might face some stiff competition, but Curry has proven the most consistent. LeBron James squandered an opportunity to stake his claim during Anthony Davis’ absence. Nikola Jokic is the NBA’s best big man, but the Denver Nuggets are wildly inconsistent. Philadelphia 76ers centre Joel Embiid has missed too many games. Portland Trail Blazers guard Damian Lillard has done all he can to lead an injury-riddled team, but it still is not enough. As for Curry? His slow start aside, Curry has torched opponents with his outside shooting, complemented Draymond Green’s playmaking and has empowered rookie centre, James Wiseman.

The Sixers centre is having the best season of his career, and it’s no coincidence the Sixers are atop the Eastern Conference standings. He is averaging a career-high 30.2 points, 11.6 rebounds, 3.3 assists, 1.4 blocks and 1.2 steals and shooting career-bests from the field (52.1%), on 3-pointers (41.6%) and from the foul line (85.6%). New Sixers coach Doc Rivers is raising Embiid’s ceiling. With Embiid on the court, the Sixers score 117.6 points and allow 106.5 points per 100 possessions, and Embiid’s player efficiency rating (the measure of a player’s per-minute productivity) is No. 2 in the league.

Defensive Player of the Year

Gobert is on pace to win his third DPOY award for reasons beyond ranking second in blocks (2.7) and third in rebounds (13.1). He has given the Jazz consistent rim protection and has helped the team compensate for lacking a definitive wing defender. No wonder Gobert leads the league in defensive rating (103.8), which are the number of points allowed per 100 possessions any time he is on the floor.

When Gobert is on the court, opponents shoot 43.6% from the field, he has the fifth-best defensive rebounding percentage in the league, shares the league lead in defensive rebounds per game (9.8) and the Jazz is fourth in field goal percentage allowed on shots six feet or closer to the basket.

Sixth Man of the Year

Clarkson remains on pace both to lead the NBA in bench scoring and to finish with a career-high in points per game (17.9). Through his seven-year NBA career, Clarkson always was an aggressive scorer. But he often showed tunnel vision and forced too many shots. Because of Clarkson’s quest to improve and help the team, he has refined his game a bit. He still scores at a high clip, while reading the game more decisively. Today, celebrities for the most part are divided into two camps: some do not show their children until…
byzaibi butt
No comments 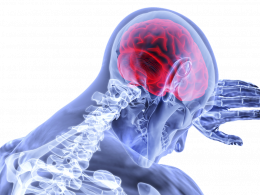 What You Need To Know About Traumatic Brain Injuries

From car accidents to falls, traumatic brain injuries are one of the leading causes of death and disability…
byadmin
No comments

Olga Buzova, among others, has one gift – next to her, anyone becomes a celebrity. So, her ex-boyfriend…
byadmin
No comments