What is hidden behind the concept of hidden marketing, which is able to enrich the company and promote the brand in a few days? In this article, we will describe all the types, methods, and tools available to every entrepreneur.

What Is Covert Marketing?

Hidden marketing (or Stealth Marketing) is veiled advertising of a brand, product, service. The main difference is that the consumer has no idea that they are trying to sell him something.

In other words, it is a set of measures to promote using implicit, unobtrusive methods.

The purpose of such promotion is not direct sales, but the creation of rumors around the desired object, increasing interest from consumers. Rumors and authoritative opinions people trust more than official direct advertising.

Under the influence of such advertising, the customer makes a purchase with full confidence that it is his own idea, and no one influenced the choice.

The Task Of Veiled Promotion

What can be achieved?

Inform the audience about the new product, form a loyal attitude to it, potential buyers;

To draw attention to the firm;

Establish communication with customers and between them;

Create a positive image, eliminate possible negativity towards the company.

efficiency. In particular, this applies to Internet methods, where the speed of information dissemination allows you to convey advertising links to millions of people per day;

Contact directly with potential buyers. When choosing a promotion channel, you can focus on the audience that you need. For example, a construction company leaves advertising messages on thematic forums and sections devoted to repairing and construction.

And a big brand that sells consumer goods is placed on external media;

Reliability. The desired effect is achieved due to the naturalness of the methods. The audience does not perceive the message as a direct sale, and trusts them;

relative availability. Most promotions are cheap and require original thinking, not large investments. Such promotion loses its effectiveness if the astute customer guesses that he is being influenced.

There is a sharp negative in relation to the brand. Therefore, the preparation and conduct of actions should be approached carefully and thoughtfully.

In addition, marketing rumors rarely work on direct sales. Most often, its purpose – to introduce into the minds of consumers a positive image of the product.

The most common varieties:

Buzz-marketing. This is a “sarafan radio”. Of great importance is the work on the quality of services, service, interesting promotions, and gifts that make the audience tell about you to others. This also includes discussions, polls;

viral. In this case, the massive viral information about the company or product you want to share works;

Hidden advertising. For example, in movies, media. A striking example is product placement. This is the placement of products, logos, other well-known brands in movies, TV series, TV shows;

Contact with the audience takes place on the Internet, through the media (including cinema), or through external media. Internet channels include social media, blogs, forums, photo, and video hosting.

for example, a taxi phone number on a bracelet to enter a concert – a living example of unobtrusive and even useful advertising on print media.

Influence is carried out by means of the following tools:

Reviews. One of the most popular ways to promote. Reviews can be oral (“sarafan radio”) and written (in blogs, forums, social media). The vast majority of purchases are made after studying product reviews;

Reviews. A high-quality photo or video review of products is presented as useful information for the consumer. With the help of the review, you can maximize the product and its best sides. But you should be objective and also point out the shortcomings so that the information does not look like ordinary advertising;

Comments on reviews, reviews, articles, and releases. Dissemination of comments allegedly on behalf of ordinary users allows you to adjust public opinion, to emphasize the necessary details about the product or brand;

Thought leaders and agents of influence. If an authoritative person (expert, famous blogger, celebrity) shares his opinion about your brand, trust in you automatically grows. An opinion leader has his own audience, for which he is an authority, and the significance of his words is beyond doubt.

When choosing an agent of influence, it is important to find the right topic and the interests of his audience. It is not necessary to pay an expert for feedback. A common option for cooperation – the expert examines the provided product or service and writes a review about it. Your task is to offer high quality;

Emotional and associations. Used when creating original promotions (for example, unusual outdoor advertising), in the process of product placement.

For example – seeing a movie of a certain brand in the movies, smartly driving off-road, the client will subconsciously consider it reliable and maneuverable, associated with violent emotions.

As a rule, the most effective methods are associated with non-standard ideas. Real estate agency Rapid Realty increased the salaries of its employees for having a tattoo with the company’s logo.

The famous Harley-Davidson brand did the same, giving discounts on the purchase of motorcycles to anyone who has a tattoo with their logo. So the brand actively worked on the image, recognition, popularity.

An excellent example of life placement was demonstrated by the Sitronics home appliance store. To artificially create the popularity of the product, the corporation flooded the city with “happy customers” with boxes of Sitronics equipment. In this way, consumers have the impression of demand for products, which means that it is high quality and offered at the best price.

The original signposts from Ax, placed in the subway, tell you where to run, escaping from the crowd of girls under the influence of enticing aroma. And at the same time advertises the manufacturer of deodorants, reminding of its existence and creating positive associations with the brand.

There are many examples of placing links to different companies in the movies, but Toyota went further, paying for the presence of his car in the famous game Grand Turismo.

Here is the widest selection of promotion tools. And also through the Internet, it is easiest to establish feedback with clients. Buyers love it when they talk to them, ask for advice, share opinions.

One of the first steps in this area is the addition of a hot signature by HOT mail. Now, this is normal, but at first, it turned out to be a real breakthrough.

This is not only a way to show respect to the recipient of the letter, but also a way to remind yourself once again, to influence a person with the help of an attached advertising slogan.

Super-effective viral videos that spread on the Web in a matter of hours. Their goal is to show something unusual, interesting, useful, funny, provocative, to make the user share it. And at the same time and advertising is placed in the video.

If the content is interesting, then even the presence of promotional messages, logos, and other mentions of the company does not irritate anyone.

Examples Of Covert Marketing In Blogs

Service of publication of material from the customer. Least effective;

A blogger receives your product, tests it, expresses his opinion in an unobtrusive way, does not mean a desire to sell anything.

The Nokia brand has presented its novelty to hundreds of popular bloggers to promote new camera phones. Instead, the firm received a quick notification from potential buyers about the novelty, its benefits, as well as interested buyers.

A good example is the so-called vloggers (video bloggers). How is the promotion?

The vlogger is filmed in branded clothing (fans believe that this is the personal choice of their idol);

Appearance in the frame of the symbolism of a particular brand (by analogy with the brands in the movie);

Practically direct indication of products by covering topics in the spirit of “What’s in my fridge”, “What’s in my bag”, “How to paint”, etc.

Among the video bloggers are Katya KLEP, Masha Wei, Max Golopolosov, who regularly place advertising messages in their videos.

One of the most difficult types of promotion, because the forum is an established community that needs to be interested and involved in the dialogue.

If your advertising intentions are quickly unraveled, then further action on this site will not help. Promotion on forums should be unobtrusive, the texts of messages should be detailed, useful and written by a “live” person, not a spammer. It is important to choose a suitable existing topic or the right question to start your conversation.

For example, to inform Muscovites about the opening of the first store “Green Crossroads” on women’s forums conducted surveys on “What is missing in supermarkets”, “How to form a diet”, etc. In the process of discussion invisibly mentioned the name of the new store.

An employee of an online optics store asked the question “Would you buy Dior lenses? Fact that the message is most likely advertising, users quickly forgot, and the discussion of lenses, vision, optics lasted for weeks.

The best examples of covert marketing in social. media:

An interesting experience of such PR is in the chain of restaurants Arby’s. Restaurant staff noticed that singer Farrell Williams appeared at the Grammy Awards in a hat similar to the one depicted on the network’s logo. Not confused, they posted on Twitter the post “Hey, Farrell, when will you return our hat?”

The thematic and popular hashtags “Grammy” and “Farrell” were used. The result is more than 75,000 retweets from the restaurant chain page. According to experts, this action gave a result that can be compared with the result of an advertising campaign worth several hundred thousand dollars.

To promote the TNK Pulsar brand, customers were offered free refueling at any TNK-BP station and car diagnostics. Instead, you only need to leave your feedback on one of the thematic forums.

The VKontakte network is especially often used for unobtrusive promotion in Ukraine as one of the most popular sites.

Classic examples of implicit promotion – the creation of thematic communities or groups of events, filling them with interesting content, attracting audiences. Then in these communities, various polls are conducted, articles or photos are published, implicitly advertise a certain or.

Popular bloggers, media fashionistas post photos in their profiles in branded clothes and with accessories of a certain company. And page visitors and fans subconsciously trust the choice of such experienced individuals.

VKontakte has options for using product placement. Sample – in the online game “Happy Farmer” the player is offered, among other things, to buy a chip factory Lays.

Hidden marketing is a real opportunity to assert yourself and raise sales quickly and efficiently. A special kind of covert promotion is guerrilla marketing. With its help, you can achieve the same effect in the absence of big money and the use of ideas.

We also recommend reading our material. 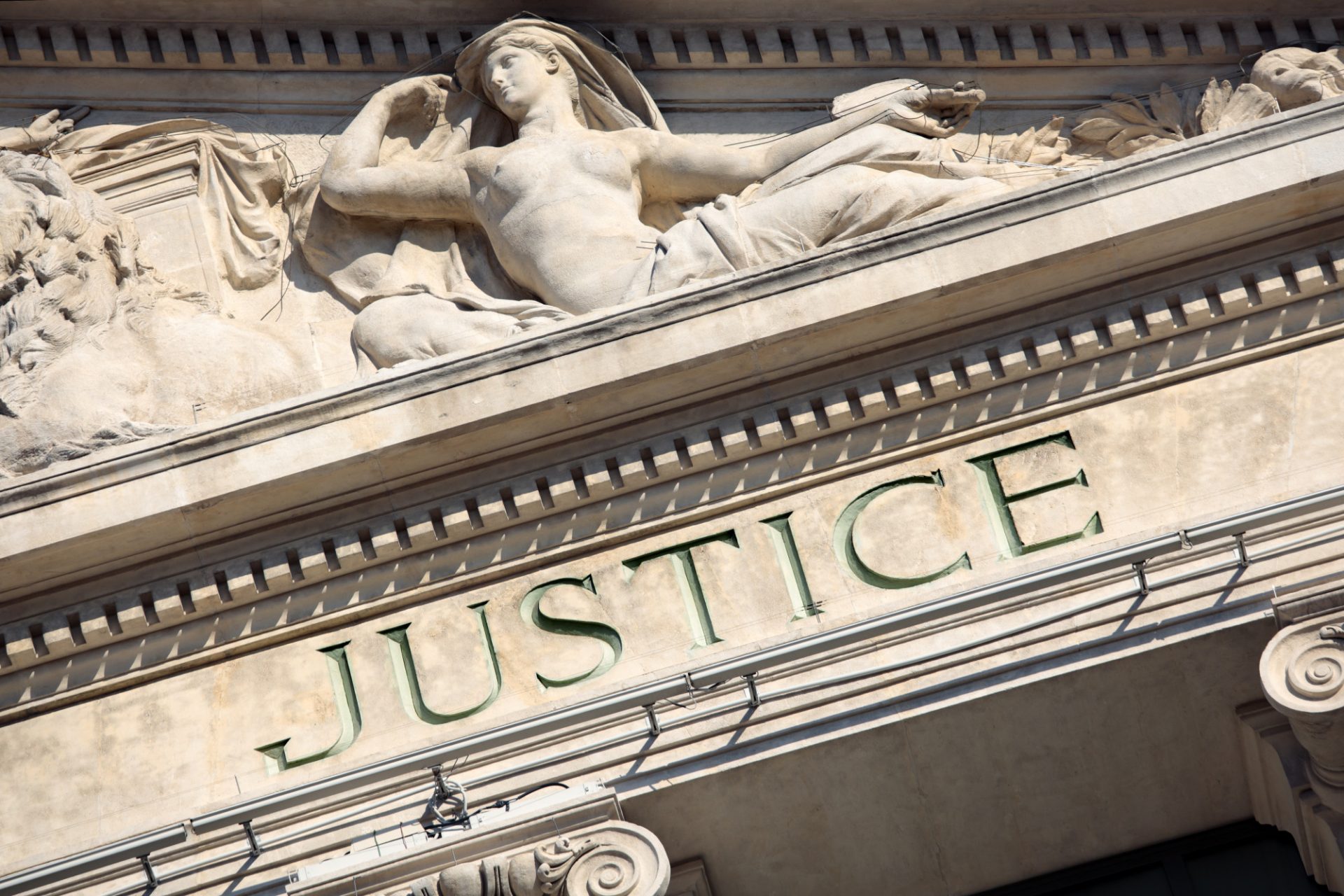 Accidents happen every day, from car accidents to slips and falls. There were more than 4.5 million car…
byadmin

Competitive analysis is one of the most important tasks that an entrepreneur can perform. There is a reason…
byadmin 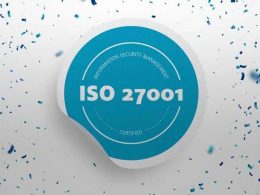 A Comprehensive Guide To ISO 27001 Certification 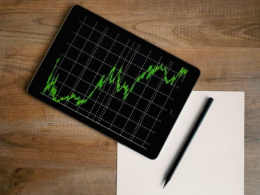 Most people are surprised to learn that cryptocurrency has recently reached the $3 trillion milestones. What was once…
byadmin